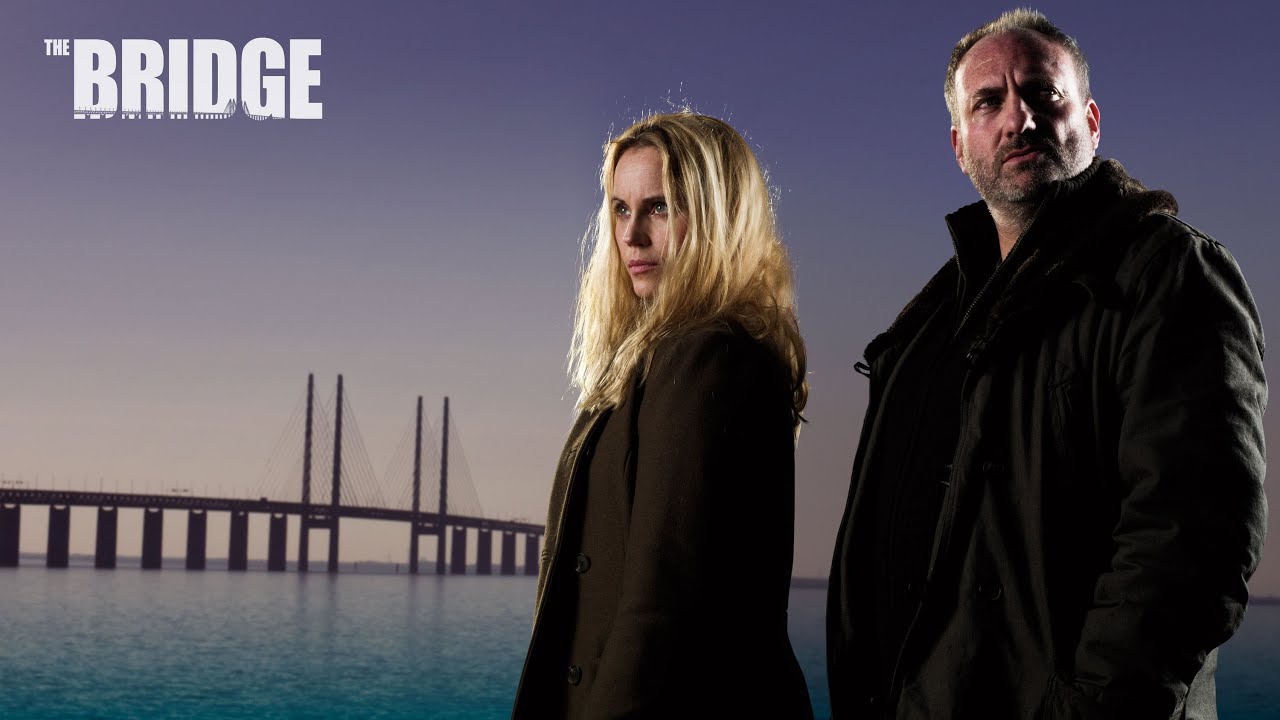 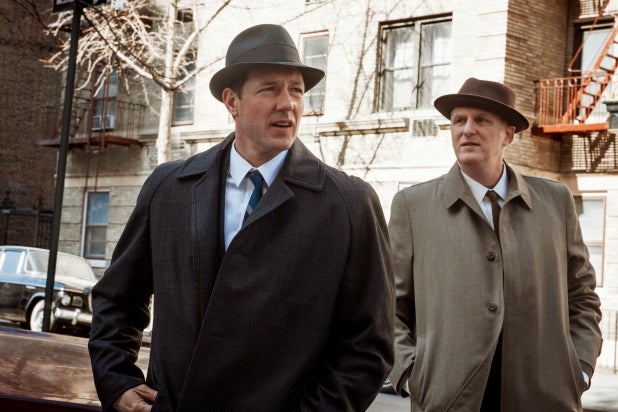 To some people this television series may sound very familiar. This series has been remade for an American audience starring Diane Kruger. That is how I found out about this series, I was watching the first few episodes of the American version and looking at information about it, when I seen it was a remake.  I honestly liked this concept, but could not get into the series and gave up on it. The story was interesting but not well executed, so I decide to go to the original, and I’m glad I did!

This series, along with The Killing, also remade in America, are the beginnings of a movement of Nordic Noir on television. This season one story starts out with a dead body found on a bridge that crosses the border between Sweden and Denmark. The body is placed perfectly on the borderline of the two countries. When Saga played by Sofia Helin responds to the crime scene, she clashes with Denmark detective Martin played by Kim Bodnia. When the victim is identified as a Swedish citizen, Saga takes over the case with Martin’s blessing. The body is soon discovered to actually be two bodies an upper half from Sweden and a lower half belonging to a prostitute from Denmark, Martin is brought back onto the case. As the murderer soon evolves into more of a terrorist trying to get a message across, Saga and Martin work together to solve the case.

Though this series has some great supporting characters and all of them are important to the overall story, this series concentrates on these main two characters, both on the job and off.

Saga is a very original character. She is honest to a fault and plays by the rules and those rules do not bend at all. She may even overshare too much at times. She is strange and brilliant at the same time. She is socially awkward and this makes her unliked at work. She lives by herself and has no family left. She is also beautiful, drives a Porsche, and wears leather pants, this gives her a superhero feel to a certain extent.

Martin is a likable guy and lives for his family. He has a strong, professional wife and lives in a great looking house. They have a couple young kids as well as Martin’s young adult son from another marriage living with them. Martin has been married 3 times now and really wants this marriage to work. He is a bit jaded from being on the police force for so long and comes across as our hardboiled detective for this story. He drives an old Chrysler Minivan and is a blue-collar hard-working cop, who tends to bend the rules if he feels it is for the greater good.

You maybe saying this is just another buddy cop thing with two opposites forced to work together and becoming best friends in the process. Yes there is that element to this show, but that is a minor piece in a much bigger puzzle. Yes, we also have the trope of a genius serial killer playing a cat and mouse game with the police, but there is something special here and I highly recommend the first season of this series. I will be continuing on to Season 2 as soon as the DVD’s arrive and look forward to following these characters for another 10 episodes.

Rob Sheffield over at Rolling Stone has an article on the upcoming season of Fargo. From the sound of it we are in for a great season and will not have the sophomore jinx many say we got with True Detective. Yet another television series I am looking forward to and we only have to wait until Monday, October 12th for this one to start.

http://www.rollingstone.com/tv/features/fargo-how-the-midwestern-noir-just-got-even-better-20151005Rolling Stones: ‘Fargo’: How the Midwestern Noir Just Got Even Better

Here is our first look at James Purefoy and Michael K. Williams as Hap and Leonard! Who else is excited to see this new television series?  Read the full article here:

I really enjoyed the first episode, and it sounds like it is only going to get better. Who caught the pilot and what did you think?

A couple of weeks ago I shared an article from Vulture.com titled The Modern Noir Has Atrophied. Though it had some good points one of the main ones was how Season 2 of True Detective has disappointed.

Today Rolling Stone has come out with an article by Rob Sheffield about how great Season 3 of Ray Donovan is and how it has done modern noir right. Here is a link to the full article:

This is interesting because I have had a few discussions with noir fans talking about how bad season 2 of True Detective is and nobody is talking about Ray Donovan and how good it is. If you haven’t watched Ray Donovan I encourage you to do so. I agree with the above article, I almost stopped watching after Season 1 but fell in love with this show during Season 2 and Season 3 is amazing so far.

I have not seen Season 2 of True Detective yet and will hold judgement until I do, but I am not surprised that it has been a let down given Season 1 was so amazing! Here is a link to my review of Season 1:

Here is a link to the Vulture article I mentioned before:

OK, I really enjoyed Season 1 of Fargo on FX, but it basically followed the story of the classic film on which it was based. I didn’t know what to expect when I heard there was going to be a Season 2. After watching this trailer, I got to say, Season 2 looks amazing! What do you think?

I came across this article on John Dahl, who’s first three films are all great neo-noir films. Those are Kill Me Again, Red Rock West and The Last Seduction. He made a couple more noirish greats in Rounders and Joy Ride.

This article maybe a little dated, since it was written in 2010, but for the most part very little has changed in the movie industry since then and Dahl has some good points. One thing Dahl doesn’t touch on in this article is television. Maybe television is the place where people can be a little more experimental and free to try what they want. It’s interesting that since this article Dahl has exclusively worked on television and has directed episodes of some of the great neo-noir series in the last 5 years including Breaking Bad, Dexter, Terriers, Arrow, Hannibal, Ray Donovan, Justified, Aquarius and more. Check out the full article below:

Do you feel neo-noir is moved out of the theater and onto are T.V. screens?

To Live And Die In L.A. is coming to television! This could be very interesting. More neo noir on T.V. is always a good thing.

everythingnoir
Create a free website or blog at WordPress.com.