The Long Goodbye is the 4th book I have read by Raymond Chandler and I have loved all four. This one was published in 1953 and is the longest and I got to admit, towards the end I wondered why Chandler didn’t just end the book at a few different points. I got to say I’m glad it continued on and the ending was worth it. Those that have seen the Altman film and read this book have argued through out the years which ending is better, the original book or the updated film? I got to say as a big fan of Chandler and the Marlowe character the book is my choice.

I watched the film last year and here is my review of that film:

The Long Goodbye of course revolves around the hardboiled private detective that all hardboiled private detectives to come would be influenced by, Philip Marlowe. In this book Marlowe is in his early 40’s but hasn’t changed much over the years. He is still a quick to respond smart mouth that can get him in trouble from time to time. He is still as tough as they come and mix that with his genius level of street smarts makes for an interesting character. Marlowe is still single and I think he prefers it that way. Marlowe is still in his world of Southern California mixing it up with street level crime and the rich that hire him.

The story starts out with Marlowe getting to know a new friend, Terry Lennox. Lennox likes his drinking and is married to a wealthy woman. Lennox has a mysterious past and the scars on his face to prove it.

Lennox calls Marlowe late one night asking for a ride to Mexico. He tells Marlowe not to ask any questions and Marlowe doesn’t want any answers anyway. When Marlowe gets back to L.A., he is thrown in jail after not giving any information about Lennox’s whereabouts. Lennox is wanted for the murder of his wife and the police are looking for him.

When Marlowe gets out of jail he is soon on to his next case, but he still has questions about Lennox and his guilt.

This book has a lot of twist and turns and Chandler’s writing is amazing as always. The reason I have not read this book before is because I was reading them in order. I read this one out of order and did not feel it mattered. I plan on going back and reading everything by Chandler in time. If you are a fan of noir and hardboiled fiction, it doesn’t get much better then this classic. A must read for everybody that reads books in my opinion, you will not be disappointed.

I really wish a classic film noir adaption of this book was made in the 1950’s. Could you imagine Bogart reprising his role as Marlowe, with Sydney Greenstreet playing Lennox’s father-in-law. Maybe Robert Ryan as Rodger Wade and Lizabeth Scott as Eileen Wade? Oh the possibilities!

The Long Goodbye by Raymond Chandler is the Book of the Month for the Wall Street Journal Book Club. The selection was made by one of today’s greats, Michael Connelly. After reading this article, I have decided I have been putting off reading this noir classic long enough. Who wants to join me in reading this with the WSJ Book Club?

Here is a link to the article:

Also you can join the Book Club on Facebook here: 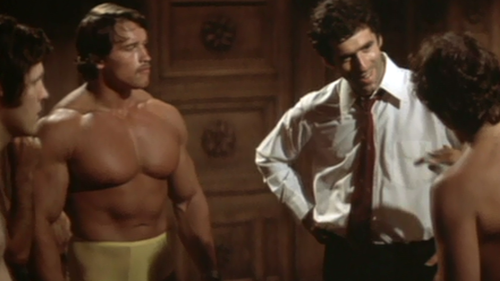