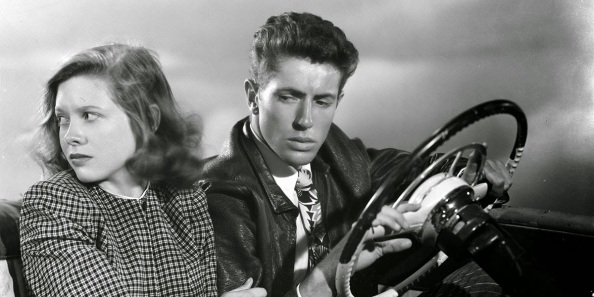 Macao started out being directed by Josef von Sternberg but was finished up by Nicholas Ray.  Howard Hughes had his hand in making this film so a great many people were fired and hired on the writing staff and of course the original director.  It’s a miracle this film came out as good as it did.

Our story starts out with a New York police officer being killed in Macao, by getting a knife to the back.  We then meet our femme fatale Jane Russell in a ship cabin with a man who starts to get a little aggressive with her.  Robert Mitchum comes in to save the day.  Russell moves on and soon meets a traveling salesmen played by William Bendix.  Soon the three hit it off as they are on their way to Macao.  Mitchum discovers he has lost his wallet, as it was stolen by Russell.  She takes the money and dumps the wallet.  Our threesome come into the Macao port and Mitchum must report to the local police because he has no passport or identification.  The police officer is working with casino owner played by Brad Dexter and they both think Mitchum is telling a story and is really another cop from New York.  The casino becomes the center in which our 4 characters revolve, with Russell getting a job there as a singer.  We also meet Gloria Grahame as our casino owners girlfriend.  Nobody is what they seem and the plot has some interesting twists all the way to the end.

This film has a lot of star power and an unique setting for a classic film noir.  This gives us a really cool look at 1950’s Macao and gives us an interesting story to follow.  This is a fun film noir and worth a viewing for noir fans.  If you love any of the stars, you will like this film. This isn’t the best noir with Mitchum, but I haven’t seen any bad noirs with Mitchum either.