The literary world lost a good author to soon this past July when Tom Piccirilli pasted away. He wrote in many genres throughout his career being nominated and winning awards in the horror, mystery and sci-fi genres. This review covers the first book in his noir series, Cold.

The Cold Spot is an epic noir that starts in the metro area of the Northeast United States and travels to the Deep South and back. The story follows Chase through his young life.

This book starts out with a bang, literally. We find Chase playing poker with his Grandfather Jonah and his crew when Jonah shoots one of the team in the head out of nowhere. The crew just had a successful score robbing the mob. Jonah says the man was wearing a wire and had to die. This is the last straw for Chase who decides to branch out on his own and leave his Grandfather.

Chase is raised in a middle class home when his life is turned upside down. His Mother is murdered and soon after his Father, not able to live with the pain, committees suicide by taking a boat out in a big storm and never returns. Chase goes to a loving foster home, when his Grandfather shows up and Chase goes with him. Chase soon learns the ropes as a getaway driver for his Grandfather at the age of 15.

This book follows Chase through a lot of ups and downs and tells an amazing story of trying to go straight and finding happiness, but getting pulled back into the world of crime.

This is only the second book of Piccirilli’s that I have read and I have loved them both. The other book being The Last Kind Words. 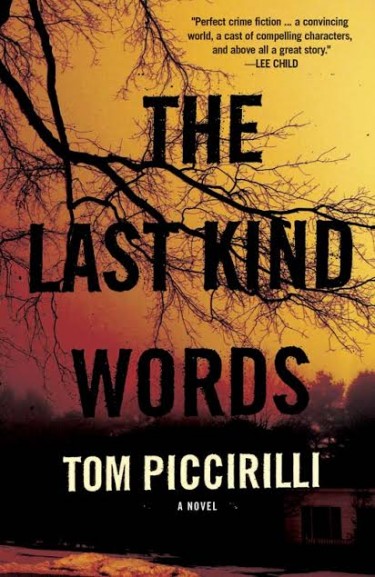 The Last Kind Words also tackles the subject of a man trying to break free from his criminal family only to be pulled back in.

Piccirilli has built up a cult following over the years, but he definitely deserves to be discovered by a wider audience. I look forward to reading more by this incredible author. Piccirilli is the two time winner of the International Thriller Writers Award (one of those awards for the sequel to this book, The Coldest Mile), The four time winner of the Bram Stoker Award and a Edgar Award nominee for The Cold Spot in 2009. R.I.P. Tom Piccirilli and may your stories inspire a new generation of creative storytellers.