The film starts out with Edward G. Robinson recruiting Rod Steiger for a casino heist. Steiger is reluctant, but agrees to join the group as long as he can be in charge. Robinson is the brains and money man behind this heist and agrees to Steiger’s demands. The rest of the group is not as happy about the addition.

Part of the existing team is femme fatale Joan Collins. Her job is to seduce the man that will be able to get them into the casino. 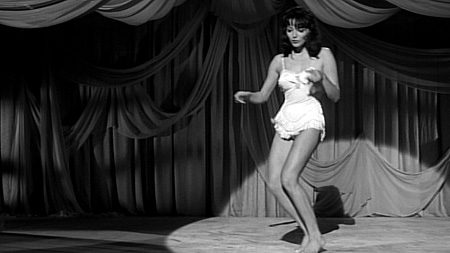 She is a dancer at a club and her target is her number one fan. Collins is good friends with Eli Wallach, who has taken care of her since she was young. Another noir notable is Michael Dante as the safe cracker.

This film is based on a book by Max Catto and is directed by Henry Hathaway. This has to be influenced by the film Bob le Flambeur. If you are a fan of Ocean’s 11, but would like something a little darker, check out Seven Thieves. This film is nothing ground breaking, but is a fun movie worth watching. 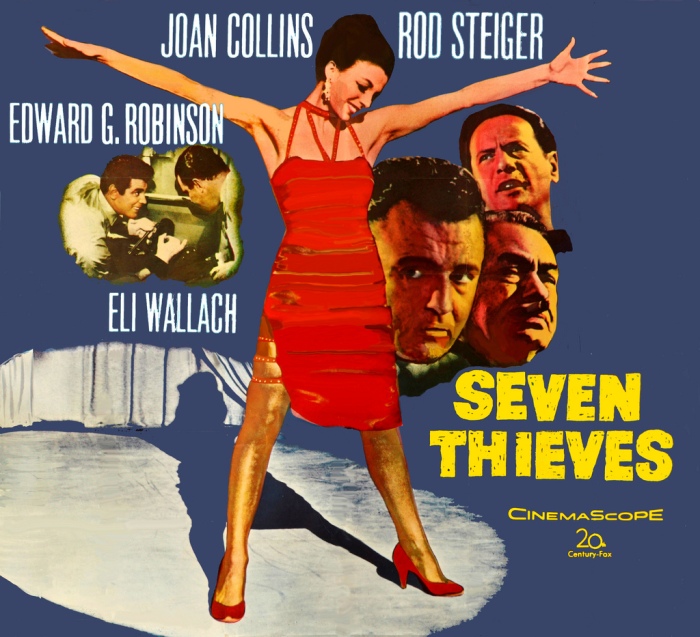