A Woman’s Face is a early film noir from 1941 starring Joan Crawford. The film is directed by George Cukor. The movie is a remake of a 1938 Swedish film starring Ingrid Bergman. I have not seen this original film, but wouldn’t it be fun to watch both of these back to back and see what great actress you like best in this role?

This film starts out with a trial scene. We meet a number of witnesses as they get ready to testify. Soon we find out that Crawford’s Anna Holm is on trial for murder and the witnesses are telling the story in flashback fashion to lay out the what has happened. We don’t even know who Anna has killed until late in the film to add to the tension.

Anna is the head of a blackmailing gang and is a bitter woman. Her face is badly scarred and she hides it as much as possible. You can see where her anger comes from and why she is so evil. She looks as ugly on the outside as she feels and is on the inside. 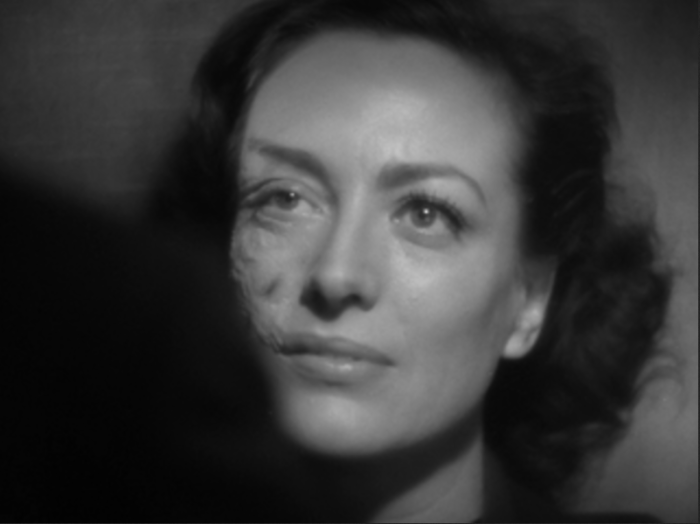 When a blackmail victim turns out to be married to a plastic surgeon and he is willing to fix her face, things change. Now that she is beautiful on the outside will she change on the inside? Can she start a new life with her new face? Is the evil always there boiling underneath, trying to get out? 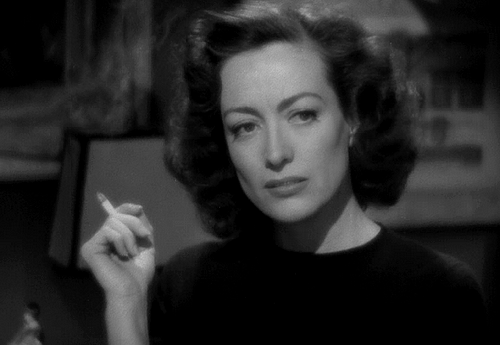 I got to admit I liked the first part of this film much better then the second half. When Crawford is an evil ring leader of a group of blackmailers, she is much more interesting then the governess of a small boy later in the film. Though there are some tense scenes and you know a crime is going to happen, it did lose some of my interest through this second half. Though watching Crawford’s performance of a Jekyll and Hyde type character makes this film worth watching.

This is not like most film’s noir and has a bit more of a Hitchcockian feel to it.  This was made in 1941 and is early in the classic film noir cycle, so this doesn’t have some of the tropes that we are usually looking for, and that may be a good thing. If you are looking for something a bit outside the box of film noir, this may be for you.

Joan Crawford in her Oscar Winning role as Mildred Pierce in the now classic film noir is celebrating its 70th Anniversary! Check out the full article over at Vanity.com below: