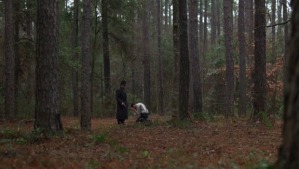 Joel Coen and Ethan Coen, the Coen Brothers, neo noir legends that have made so many classic modern noir films it’s hard to pick a favorite.  This is not me picking my favorite of Coen Brothers film, this is me reviewing the one I think is the most underrated.  After their debut Blood Simple and before the Oscar-winning Fargo, both classics, they made a small movie called Miller’s Crossing.  The Coen’s used a mishmash of noir legend Dashiell Hammett books to write this story. 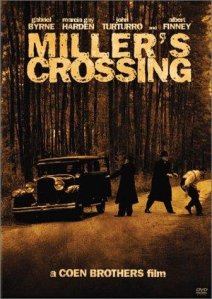 Gabriel Byrne plays our hero, a gangster with a gambling problem.  He’s the right hand man of the boss played by Albert Finney.  Both of them are in love with our femme fatale Verna, played by Marcia Gay Harden.  The plot is further complicated by Verna’s brother, played by John Turturro, who is always in trouble and Verna is using anybody and everybody to protect him.  A boxing match is being fixed by competing gangster Johnny Casper played by Joe Polito, but somebody is leaking the information.  We see cameo’s by Steve Buscemi and Frances McDormand, Coen Brother favorites, and a cool cameo from director Sam Raimi.  J.E. Freeman as the Dane and Mike Starr as Frankie play great heavies.

This story is full of plot twists you don’t see coming in classic noir style.  It takes place in the late 1920’s maybe early 1930’s, we have corrupt cops, back stabbing gangsters, gamblers, murder, great dialog, and sets.  If you like the Coen Brothers and have not seen this movie it, do it!  Great film worth a viewing.