Rita Hayworth is back after a 4 year hiatus and is teaming up with her Gilda co-star Glenn Ford. Affair in Trinidad is very similar to Gilda, but a bit of the magic is gone. Hayworth just left her third husband, Prince Aly Khan. She was broke and needed work. I’ve seen two different theories on this film. One,the studio put her in it, because they knew it was a sub par film. Two, they put her in this film because of it’s similarities to Gilda and knew it would be a big hit. Both came true to a certain degree. Fans filled theaters to see Hayworth again, so the film was successful at the box office. Those fans where a bit disappointed with the film though.

This film is directed by Vincent Sherman and released in 1952. The story starts with a dead body and it looks like suicide. It turns out to be Chris Emery’s(Hayworth) husband and it also looks like murder. Soon her husband’s brother Steve(Ford) shows up because of a letter he received. Not knowing his brother is dead, he learns of the death after he arrives in Trinidad. Steve, thinking it is a suicide starts looking for answers. Chris knowing it was murder, but the police do not want her to tell anybody they know it is murder, is caught between lying to Steve and trying to get him to trust her. Can Steve trust Chris? Will they find the murderer? Is this part of a bigger crime?

This film may not be as good as Gilda, but it does have a few high points and is worth viewing. Hayworth does a couple song and dance routines to show her power over the men in her life. Both have shades of “Put the Blame on Mame,” especially the second one, where she does an impormtu dance to allure one man, while pushing another man away. 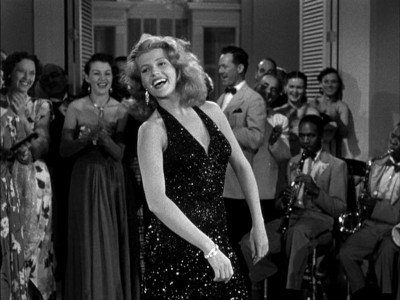 Ford and Hayworth teamed up for 5 films through out their careers, starting in 1940 and ending in 1965. Gilda was their second film together and I suspect the other three where made to cash in on the success of Gilda. This film is worth watching for fans of the duo and is entertaining. If you have not seen Hayworth and Ford together before, go directly to Gilda first. 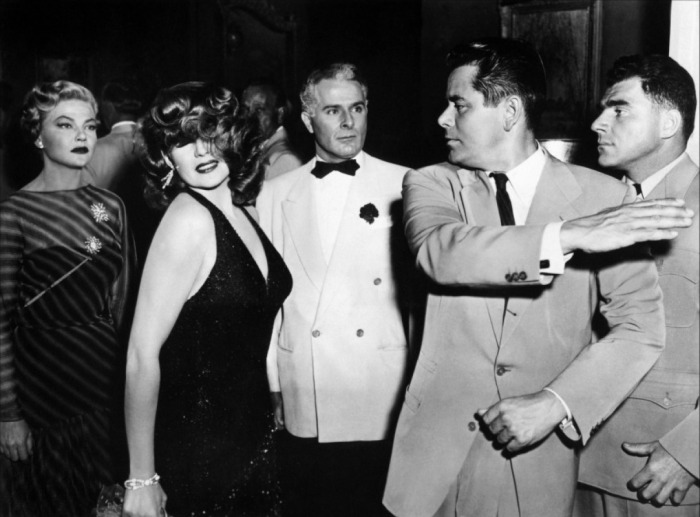