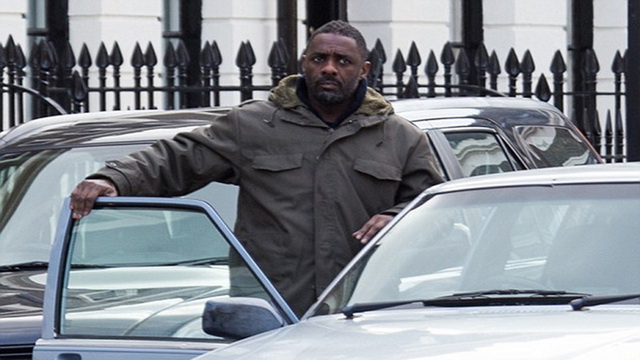 Luther Season 4 has just debuted on BBC recently and has had its highest ratings yet, here in the United States. Season 4 is much shorter then the past seasons, as it is only 2 episodes long, or more accurately one, 2 hour film.

This Season we see Luther(Idris Elba) in a bit of a different place then we have before. He is living in the county, in a small home, by himself. He is still on the edge of suicide and though he is not in the city fighting crime he still seems battered. He soon gets a visit from two detectives, Theo played by Darren Boyd and Emma played by Rose Leslie. They report to Luther that Alice has been killed, and they must question Luther and search his home. This is of course a shock to both us as an audience and Luther. We really see in this opening that Luther is truly all alone now. Everybody close to him is gone in one way or another.

Luther is on leave from the police force and he is not in his usual suit and tie. He soon jumps right into investigating what happened to Alice, not as a detective, but as his broken self. As the two new detectives we meet earlier, are on a case of a serial killer, Luther takes a tour of the London underworld looking for clues in Alice’s murder.

I don’t want to give anything away, but we soon see Luther put on his suit and tie, like it is his superhero outfit or his battle armor and re-joins the force.

Neil Cross has written another amazing story with some twists and turns we do not see coming. I was disappointed that Alice is dead, or is she? We do get some new characters that will challenge Luther and some that will support him. Idris Elba has recently stated about Luther”It’s unfinished business, it’s fertile ground,” and. “The character continues to challenge me.” With Elba’s rising star in film, I would say the biggest hurdle for more Luther is Elba’s other projects, but with these statements, he seems open to playing Luther again. Lets hope we get to see Luther again soon.

For more inside information to Season 4 of Luther and what the future may hold for the series, check out Mandi Bierly interview with Neil Cross here: