Skip to content
HomeReview: The Rise and Fall of Legs Diamond 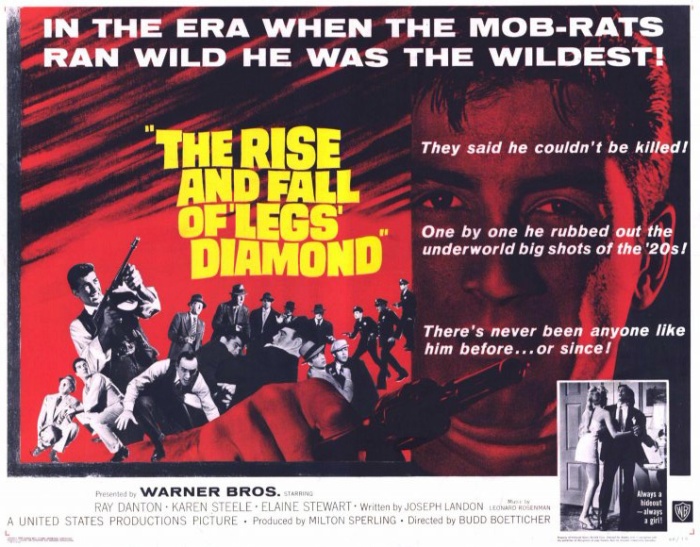 From director Budd Boetticher in 1960 comes the story of real life gangster Legs Diamond. This film is a mix of fact and fiction of the legendary mobster. Legs was an Irish American who was born in Philadelphia. He was known to be a great dancer, hence the nick name Legs. He also had been shot numerous times over the years only to live to tell the tale. He may have also got the Legs nickname for being able to outrun assassination attempts. He was a womanizer and willing to do whatever it took to get ahead.

This film covers all the highlights talked about above about Legs. Legs is played by Ray Danton for this film. It opens with Legs and his sickly brother played by Warren Oates getting caught in a drive-by shooting. This gives Legs the idea to steal a necklace out of a jewelry store near the shooting. He quickly picks up a dance instructor played by Karen Steele to be his alibi. He takes her to a movie and excuses himself. While he is out he uses the theater’s skylight to get into the store and steal the necklace. This opening shows Legs and his brother as small time crooks who are just trying to get by.

Legs goes to jail, but convinces the dance instructor to get him out by marrying him and traveling as a dance duo. Legs soon sees Gangster Arnold Rothstein and does everything he can to get into his inner circle. From here Legs uses his cunning, toughness and brutality to get to the top of the mob world. Will he get to the top? Will somebody take him down? Will Legs ever be happy? 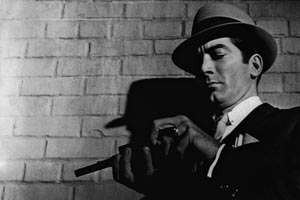 Legs makes for a unlikable lead character with little to no redeemable qualities. With all this said we still root for him through out the film. A decent anti-hero that most will enjoy watching.

This film rode the coattails of other true crime drama’s about gangster that became popular in the early 1960’s. The Untouchables television series may have been the catalyst for this explosion of popularity. Legs did appear as a a character on that series as well as the television series The Lawless Years. This film was also adapted for Broadway in the late 1980’s.

Film noir buffs will enjoy this film as well as Mobster history fans. It is well directed and well acted, though we have seen this basic plot line many times in pre-noir gangster films, I guess it is true that history repeats itself. 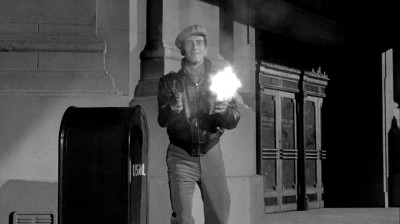 One thought on “Review: The Rise and Fall of Legs Diamond”