A Hard Day is a neo-noir from South Korea written and directed by Seong-hoon Kim. This was released in 2014, but just recently got a DVD release here in the States.

This film stars Sun-kyun Lee as a dirty cop who is on a downward spiral and luck is not on his side. The film opens with him driving at night in the rain. He gets a phone call from his partners who tells them he will be there with the key soon. This key is to a drawer containing evidence the Internal Affairs Division is trying to get to. He next gets a call from his sister wondering where he is. He is supposed to be attending his Mother’s funeral. Trapped between two places he needs to be, he swerves to miss a dog in the road, but hits a man out of nowhere. The man is dead, so Lee puts the body in his trunk and continues on. Now he hits a D.U.I. stop and knowing he will not pass a Breathalyzer test, pulls out his credentials as a police detective.

This all happens in the first 15 minutes of the film and his luck doesn’t seem to get better as the film progresses.

Kim’s last film was a comedy and this film has some comic moments, but it is not over the top and keeps the noir feel through out. It is a great study of character, as the film starts with the absolute worst person as our hero and as the film progresses we start to cheer for this man and hope he can get out of this endless conflict. The film has a very claustrophobic feel and will lift your heart rate through out.

If you love Asian Cinema or are looking for something new to watch on DVD, this is a good choice. 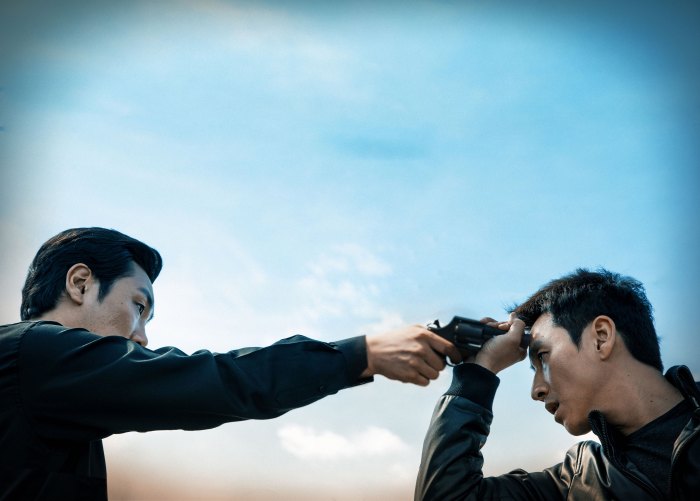 Favorite Tidbit: This film was released to little fan fair in Korea and didn’t do that well it’s first week at the box office. Because of good word of mouth the film caught on and became a big hit, staying number 2 at the box office for 4 weeks. Hollywood blockbusters X-Men: Days of Future Past and Edge of Tomorrow where the only films to bet it. It went on to win numerous awards and nominations.