Rebecca is a classic film by anybody’s standards. This is Alfred Hitchcock’s first Hollywood film and his only film to win an Oscar. The film is based on the now classic novel by Daphne Du Maurier of the same name. This film stars Laurence Olivier, one of the greatest actors ever to be filmed and a fresh face yet to be a big name on the silver screen, Joan Fontaine.

Fontaine was not the first choice for this starring role, with  Margaret Sullavan, Loretta Young, Maureen O’Hara, Anita Louise and Anne Baxter all being considered as well as Olivia de Havilland, Fontaine’s older sister, who was producer David O. Selznick’s first choice. When Fontaine was chosen, it did not make everybody happy. Olivier wanted his then girlfriend and future wife, Vivien Leigh to get the part. Olivier reportedly treated Fontaine horribly for this reason, Hitchcock used this and told Fontaine everybody on the set hated her. This helped with Fontaine’s performance of always seeming on edge and scared.

Fontaine plays a young women who has lost her parents and is working as a companion for a wealthy woman. She does not come from wealth and from the very start of the film she has a hard time learning the manners of the rich. Olivier plays Maxim de Winter, a wealthy widower. The first time we see him, it appears he is depressed and about to commit suicide, when his future wife, Fontaine seems to stop him. When Fontaine’s boss falls ill, this opens up some time for Fontaine to get to know Maxim. They soon wed and move back to Maxim’s estate Manderley.

Will Rebecca’s past drive this new marriage apart? Was Rebecca what she seemed?

After watching this film, I was debating on posting a review on my site. Is this a Film Noir? That question can probably be asked of most movies classified as film noir. I have heard arguments for and against this one. I would say this is a suspense film with film noir aspects. A Gothic tale with some scenes of noir.  1940 being just the beginning of film noir you can see why this film was influential on films to come. For one thing in order to maintain the dark atmosphere of the book, Alfred Hitchcock insisted that the film be shot in black and white. He also used deep focus photography throughout the film, something Citizen Kane would use to great effect in the next year and would be found in many films noir after. Hitchcock also made good use of shadow, a staple of noir.

He also did a fair number of shooting at night, with rain and fog used to great effect, another staple of noir.

That being said, is the story noir? I would say it definitely has noir elements. Our main protagonist is put into a world and situation she is trapped in. She must fight to keep what she wants, the love of her husband. This story isn’t as gritty as some noir, but, without giving away any spoilers, this film gets pretty dark in the last third of the film.

Whether you consider this film a film noir or not, you must admit it is worth watching and is a classic either way. I would say this film has noir elements that would go on to influence future films and is worth watching for the film noir aficionado. I am by far not the expert to classify this one way or another, but it is currently the 4th most popular film classified as film noir as well as the 6th highest rated film noir on IMDb. 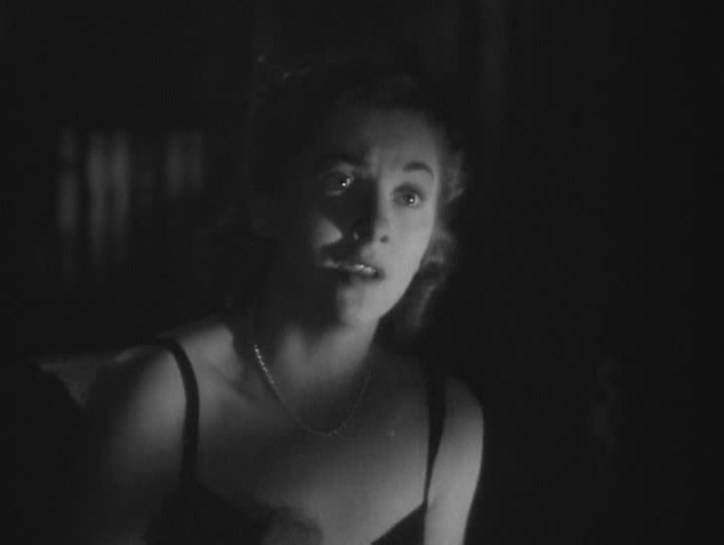 5 thoughts on “Re-Watching the Classics: Rebecca”