Renaissance is an animated sci-fi neo noir made in 2006 using CGI, Motion Capture, and only Black and White with no shades of grey. This film is French and directed by Christian Volckman, but since it is animated it does not have subtitles, but is re-voiced in English. Daniel Craig voices our main character Karas.

This film takes place in a future Paris of 2054 and combines a classic noir look and story in part, with a futuristic sci-fi plot line. The film starts with our hard-boiled detective, Karas having a nightmare of his past. This shows his hard upbringing and his mind state in the present. The film takes us to a flashy club where we meet two sisters. They are an yin yang pairing as one is a hard driven scientist and one is a slacker who just wants to have fun and can careless about work. Our hard-working scientist is kidnapped while leaving the club with no trace. Karas is brought on to the case to find her and she has to be alive. The girl works for a big corporation called Avalon and they work on anti-aging and health products. They are also very powerful. This is where Karas starts his investigation. Was our kidnap victim part of corporate espionage? a victim of circumstance? Did she discover something in the lab she shouldn’t have? Will Karas find her?

This film is more style then substance. It isn’t a bad story, but your senses are drawn to the visual style more than anything. 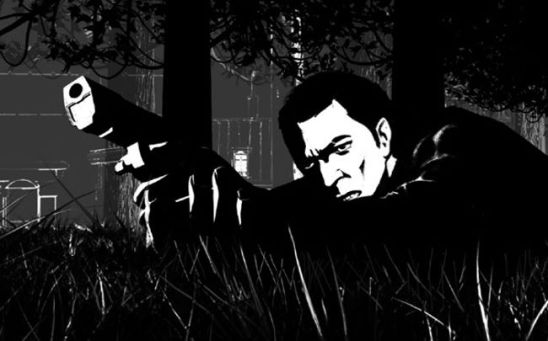 This is a fun film to watch, think a mix of Sin City and Blade Runner. If this sounds amazing to you, you should check out this film. Though I would recommend both of those films over this one, it is still worth watching.

One thought on “Review: Renaissance”