Act of Violence is a film noir from 1948 starring two of the genres greats, Van Heflin and Robert Ryan.  This film also stars Janet Leigh in only her fifth film, and Mary Astor in a small part as a prostitute.  This film is also an early film by director Fred Zinnemann.

This film starts out showing our World War II vet, Heflin is happily married to Leigh and a successful business owner in suburbia California.  Heflin and his neighbor are packing for a fishing trip and heading up to a mountain lake for some R and R.  We soon see our dark stranger with a limp arriving in town and trying to locate Heflin.  He comes across as deranged and scary.  He approaches Leigh at their home and finds out Heflin is at the mountain lake.  He rents a car and heads up to the lake, rents a boat and tracks down Heflin.  The cat and mouse game continues between the two as we learn their history. 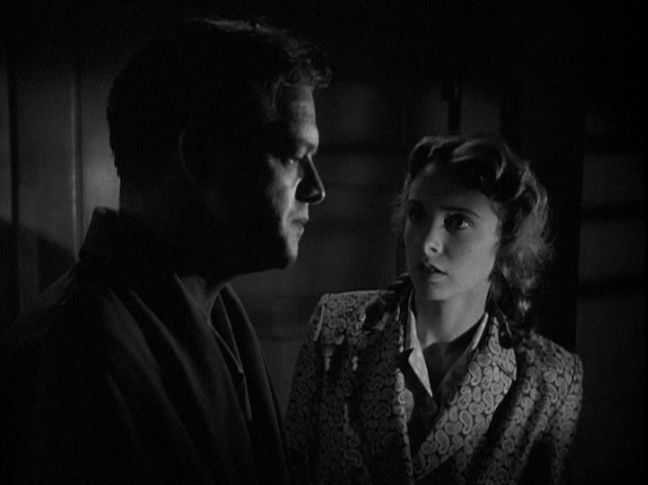 The interesting thing about this film is how we start out looking at Ryan as the villain, but our alliances change throughout the film as we learn about each man.

We have some wonderful cinematography in this, I especially enjoyed the scenes where Heflin is running to an unknown destination through the empty streets of Los Angeles. 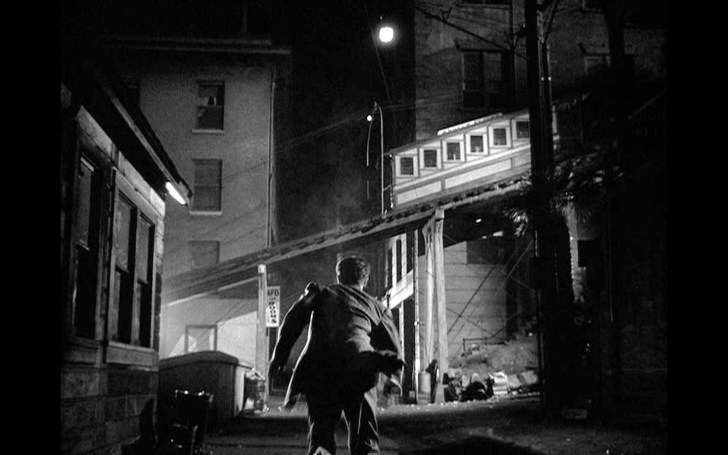 This is a very interesting film as there really isn’t a bad guy or a good guy.  We don’t even have an anti-hero to root for.  We sympathies with both main characters in this film and understand where both are coming from.  The message I got out of this is we all have made mistakes, all we can do is, try to do the best we can from here on out.  Maybe the other message is let bygones be bygones.  We also maybe getting a taste of “not everybody in the suburbs are what they seem”.

This is a very good film all noir lovers should see, and if you are a fan of any of the four stars it is well worth your time.  They are all excellent and I have already mentioned in past reviews how much I like Heflin and Ryan and they both play something different then I’ve seen them play before and both do an excellent job once again.  Astor shows her range as she was playing a hardened street-walker in this and then going across the lot to play the mother in Little Women at the same time.  Leigh was just getting started in her career, but showed she could hang with the best, giving good depth to the scared, but strong loyal house wife.

Favorite Tidbit:  Even though this had four big stars in it and the film was very good, even being entered at the Cannes Film Festival in 1949, it still lost $637,000 at the box office.

One thought on “Review: Act of Violence”