Skip to content
HomeRe-watching the Classics: The French Connection 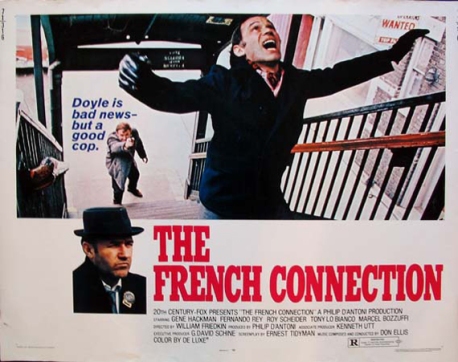 The French Connection is a Best Picture winner, directed by William Friedkin who also won Best Director.  This is based on a book by Robin Moore about one of the biggest heroin busts in New York history. Eddie Egan and Sonny Grosso are the two narcotics cops who in real life where the center of the investigation.  They both play small roles in the film.  The two cops are played by Gene Hackman as Jimmy “Popeye” Doyle and Roy Scheider as Buddy Russo.  Fernando Rey plays our head French bad guy.

The film starts out with our two heroes working undercover, Popeye dressed as a Santa Claus, chase and bust a small time drug dealer.  He is questioned and talks about a huge shipment coming to New York soon.  They soon find themselves following Sal and Angie Boca (played by Tony Lo Bianco and Arlene Farber) who they believe is part of the huge shipment. We see our heroes using informants and help from the DEA to get to the bottom of the case.

This film has a couple of classic scenes, one is the infamous car chase that is considered one of the best ever.  Soon after this scene is one in which Popeye shoots a man in the back.  This scene was not liked by police officers of the time but was approved by Eddie Egan who was on the set.  When first viewed by audiences they loved the scene.  This ended up on the poster for the film. 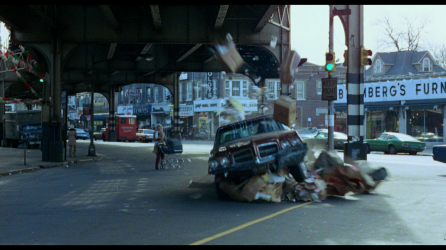 This film is often put in “Top 100 Movies of All Time” lists and is a classic by anybody’s standards.  I liked this film the first time I seen it 20 some years ago, and also liked it this time.  I don’t put this in my top 100 films of all time, but it is worth watching.  It is a must see for film fans of any kind, whether you are a neo-noir or crime movie fan or not.   This movie is followed by a sequel with Popeye Doyle going to France and also a spin-off with Roy Scheider playing a version of his character called The Seven-Ups.  I have not seen either of these yet.

2 thoughts on “Re-watching the Classics: The French Connection”

Leave a Reply to Review: The Connection or La French | everythingnoir Cancel reply