Skip to content
HomeReview: The Sins of the Fathers by Lawrence Block 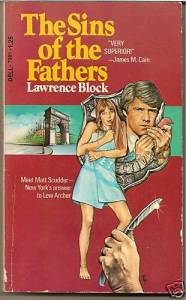 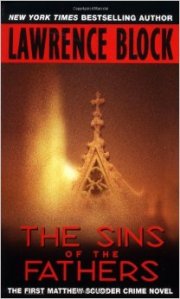 I have never read a Lawrence Block book and decided it was time to jump into the world of Block.  The Sins of the Fathers came up on my Nook one day for $0.99, it was a sign, time to start reading Block.  This is the book I always wanted to start with because the is the first in a series around the character Matthew Scudder.  This book was first published in 1976 and Scudder has been part of popular culture ever since, well maybe not popular culture but with the noir fanbase for sure.  17 books later and Scudder is still going strong.   Scudder has even appeared in two movies, 8 Million Ways to Die based on the 5th book in the series and A Walk Among the Tombstones based on the 10th book in the series.  I plan on watching Tombstone sometime soon and giving a review on this site.  I also plan to read the rest of these books and review them as I go.

Block is an amazing writer who has written over 100 books in his career and still going strong!  I look foreword to reading more from Block in the near future.

Scudder as a character is not all that original, Ex-cop who has a problem with alcohol and becomes a private detective.  Well Scudder isn’t exactly a private dick, he just does favors and gets tipped for those favors, who needs to get a licence and report income to the tax man.  He’s a hardboiled detective that has lost his family and has seen and done things that have scared him for life.  Though the profile of Scudder isn’t an original idea, he is well crafted and I love him.

This first story is about a young lady that was brutally murdered, and her male roommate is found outside the building covered in her blood, half-dressed and screaming obscenities.  The male roommate is later found in his cell, dead from hanging himself.  It’s an open and shut case as far as the police are concerned.

The parents of our dead young lady have lost track of their daughter and didn’t even know she was living in New York for sure. With over 3 years of no communication with their daughter, they want to know what she was doing in that time period and turn to Scudder for help.

This book shows Scudder as a fairly religious man, and lent itself nicely to this story. I hope this aspect is continued throughout this series.

Scudder isn’t investigation a murder mystery here, he is looking into this girls history and takes us along for the ride.  We have some dark stuff here, it is a very gritty and twisted adventure that you will enjoy.

2 thoughts on “Review: The Sins of the Fathers by Lawrence Block”