Skip to content
HomeReview: Backstrom: He Who Kills the Dragon, Book vs Television 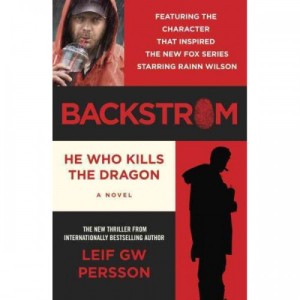 I was given a copy of this book from Goodreads and Vintage Crime/Black Lizard publishing in exchange for this review. I entered to get this book, because I saw the first few episodes of the Fox Television series by the same name starring Rain Wilson.  Backstrom is the main character of author Leif GW Persson.  Persson was a professor of Criminology at the Swedish National Police Board from 1992 to 2012.  This may give him an edge on how things work from the inside of the police force.  This is interesting to me, I thought this book was OK, but it was 360 pages long to tell a story that I would think one of the current noir masters could have told in 200 to 250 pages.  I guess I would rather have a great story that is well written, rather than all the details of how the police have to operate.  The other problem with this book could be a culture issue.  Since this was originally written in Swedish and maybe it looses something when translated.  I’m not saying this book is a bad book, and I can see a lot of people who tend toward the more real and procedural type books will like this.

So how does this compare to the T.V. series?  There is not much the same between the two.  The similarities are few, first is the main character, Backstrom himself.  Backstrom is an overweight, out of shape, alcoholic, that tends to be a racist and sexist.  He is forced by his doctors to start changing his life or he isn’t going to live very long.  There is also a character named Nadia too.

Now the multiple differences, these are the ones I think would take away from a fans experience of either the T.V. series or the book series. Only the one book is available in the U.S.A. right now, and it is the second book in the series.  This series only has 3 books so far, so I don’t know why this is the one they published first.  There are a few references in this book that I assume is referring to the first book.  I bring this up because maybe some of the characters I really like in the TV series are missing in this book, but may be in the other two.  Back to our main character, Backstrom, though physically he seems about the same, but on the TV series he is a brilliant detective that can get into the heads of his suspects and figure out how and why they did the crime.  Because he is so brilliant the rest of the team lives with his short comings.  It seems in the book, he is more lucky than good.  He becomes a media darling, more because he is in the right spots at the right times, and his team under him is very skilled and he steals their credit.  This difference along makes the two very different in tone and feel.

The TV series takes place in Portland where the books take place in Sweden, that of course will give you a different feel.  The characters are very diverse in both book and series, but only one is the same, Nadia.  In the book Nadia is a character that understands Backstrom, she is an overweight Russian that works on Backstrom’s team, on the series she is a gorgeous blond that is a computer specialist played by Beatrice Rosen.  Over all I like the series characters as they develop over the course of time. Nicole Gravely played by Genevieve Angelson is the young detective that goes by the book, she was my favorite character in the first few episodes.  John Almond played by Dennis Haysbert is interesting as he is a pastor of a small church on the weekend and has conflict within his professional life because of his beliefs.  Thomas Dekker plays Valentine, Backstrom’s roommate and not always legit antique dealer.  We got other supporting characters like Backstrom’s ex played by Sarah Chalke.  I do wish the TV series would do 4-5 episode story arcs rather than one and done episode cases.  I wasn’t sure if I really liked the TV series at first, I will make a final verdict after the full season.  I seem to be liking it more and more each episode.

The only thing I really miss from the book that isn’t in the TV show is Annika Carlsson.  She is a bi-sexual that Backstrom warms to throughout the book.  I would like to see more of this character, but maybe not enough to read anymore of the books. 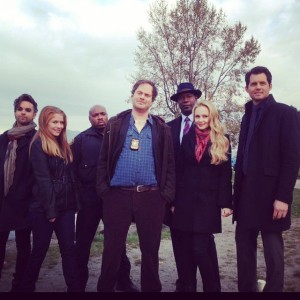 In this battle I’m going to take the TV series over the book.  If you only watched the first few episodes to make your decision, you may want to watch a few more and see if it grows on you like it is me.