Skip to content
HomeFilm vs. Film: High Sierra vs I Died a Thousand Times 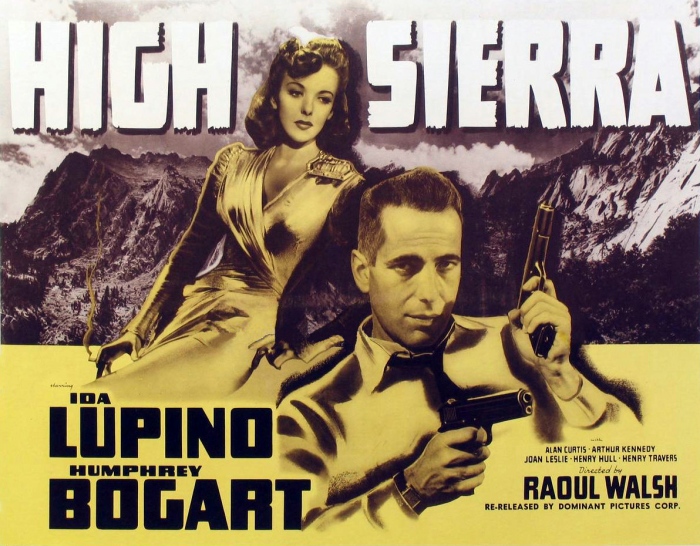 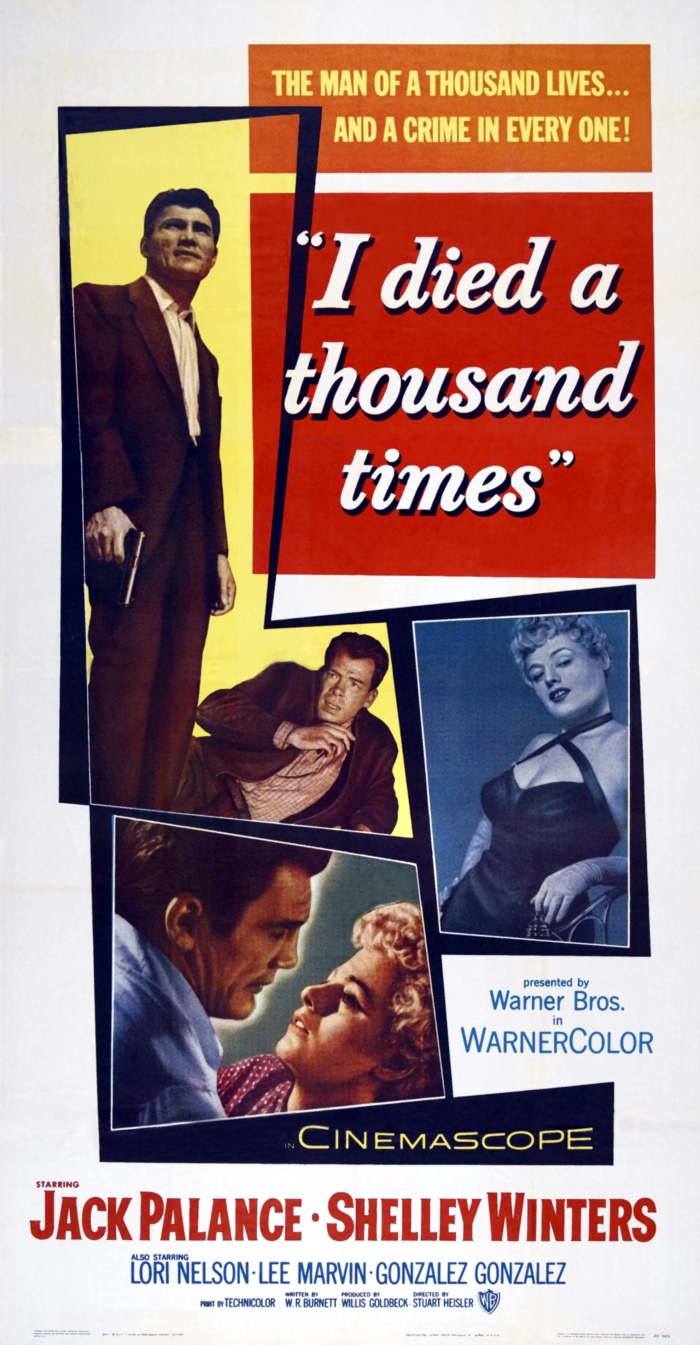 Classic film noir fans didn’t see to many remakes of a film, with both being made during the classic film noir era. Here is a rare example of just that, High Sierra from 1941 was remade 14 years later as I Died a Thousand Times. So what film is the better movie? I sat down on a Sunday afternoon and watched both of these films back to back to try and answer that question.

Both of these films are based on noir author W.R. Burnett’s book, High Sierra from 1941. 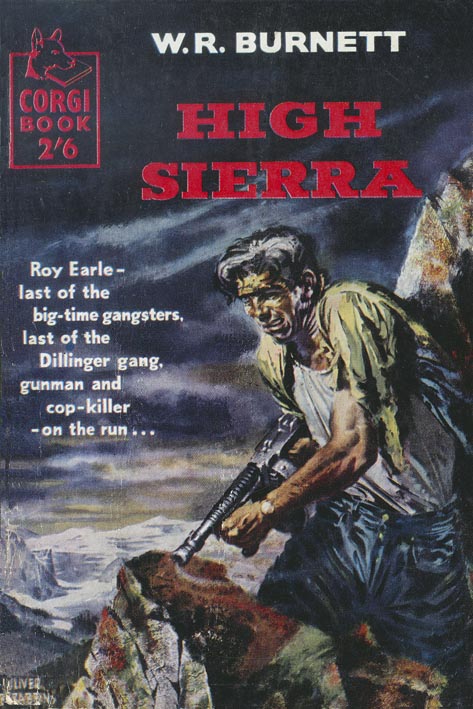 The screenplay is also by W.R. Burnett, though he had John Huston’s help with High Sierra. The dialog is about 85% identical and the story is about 95% identical. It isn’t quite a frame for frame re-make, but it is close.  I would call this a wash, but since the remake basically does not add anything to the original, I’m giving this round to High Sierra. Score: High Sierra 1-I Died a Thousand Times 0

Round 2: Direction and Cinematography

High Sierra is directed by Raoul Walsh coming off of directing They Drive by Night. I Died a Thousand Times is directed by Stuart Heisler towards the end of his film career as he moved on to television. High Sierra is filmed in black and white while I Died was filmed in Warner Color and CinemaScope. I know, “this is film noir so black and white has to win this battle.” I would say yes to this question most of the time. Black and white cityscapes are the back bone of film noir after all, but this film is more of a country noir, taking place in the beautiful Sierra Mountains for most of the film. Those mountains sure do look better in bright color and on a widescreen. High Sierra is early in the film noir cycle and doesn’t have much of that classic shadowy cinematography like later films either. So I’m giving this round to I Died. High Sierra 1-I Died a Thousand Times 1 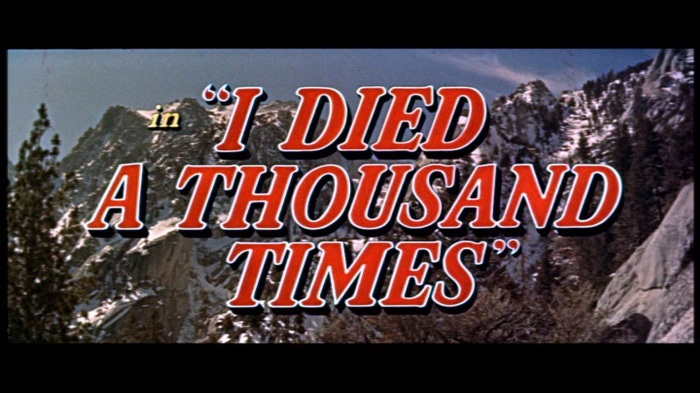 Round 3: The Male Lead

I Died stars the hulking brute Jack Palance as Roy. He is quite a presence on the screen. He looks big and tough and talks big and tough. He is more of a smart thug.  Humphrey Bogart’s star is on the rise here, The Maltese Falcon would arrive later in 1941 and launch him into super stardom. Bogart’s portrayal is more of a smart gangster with a bit of a psycho streak. Both actors have an unique voice and add something to the lines they speak. Well, lets face it, this is film noir and nobody does it better then Bogart. High Sierra 2-I Died a Thousand Times 1 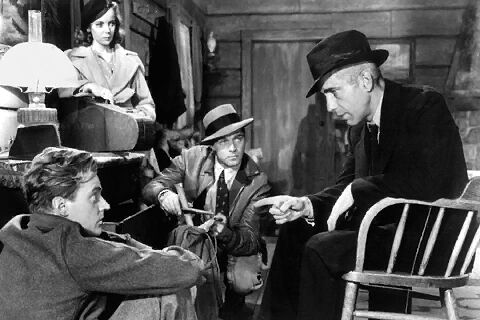 Ida Lupino actually got top billing over Bogart in High Sierra. She was the bigger star at this point in time. Lupino is a film noir legend as an actress and director. I love everything I’ve seen involving Lupino so far. Shelley Winters stars in I Died and adds quite a bit more depth to this character for me. Lupino’s Marie has it together, while Winters’ Marie is trying to survive in a dark world without many options. Winters’ Marie made me believe Roy was her last hope, where I felt Lupino would land on her feet if she lost Roy. Though I loved them both, I’m giving this round to Winters. High Sierra 2- I Died a Thousand Times 2

Arthur Kennedy and Alan Curtis are very good as Red and Babe, but Earl Holliman and Lee Marvin seem to be more dark for me. I also liked Lon Chaney Jr. as Big Mac in I Died, but liked Henry Hull as ‘Doc’ Banton in High Sierra. The dogs are both entertaining as Pard. I’m going with I Died for this round. High Sierra 2- I Died a Thousand Times 3

Well it looks like the remake wins this round by round battle, but lets face it, there was actually a knock out in Round 3 and the fight was called. It’s Bogart after all! Both of these films are great, but High Sierra is a classic for a reason. Though if you have not seen I Died a Thousand Times, you should, it is a bit of a hidden gem from the classic film noir era. I enjoyed both films and if High Sierra was never made, we would be talking about the great classic I Died a Thousand Times. Lets face it, High Sierra is a film that never needed a remake, but if you have to make one, I Died a Thousand Times is as good a remake as you are going to find. Maybe on a Sunday afternoon you will have to watch this double feature and let me know your thoughts. 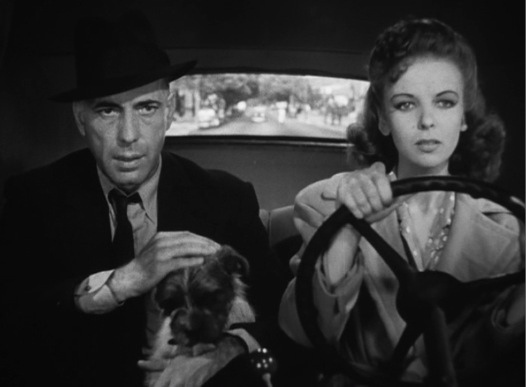 5 thoughts on “Film vs. Film: High Sierra vs I Died a Thousand Times”