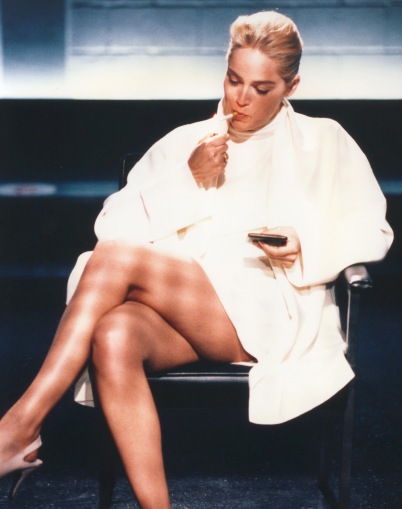 The year was 1992 and I was a young college student.  Basic Instinct was in the news, we learned it was to raw, too much violence and too much sex and nudity.  We had to go see it!  So the controversy and nudity got us into the theater, but would the movie be any good?  The movie was amazing!  We watched it over and over again when it came out on VHS.  Me and my friends discussed it, it was the movie to watch for over a year.  I can’t tell you how many times I watched it back in the early 90’s, but it was a lot.  I was a movie fan, always have been, but at this time in my life I didn’t know what film noir was.  I bought the limited edition ice pick DVD when it came out 10 years later and watched it again, I had to have this in my DVD collection, but I had moved on to other films and haven’t watched this in years.

So I popped in the DVD a few nights ago to revisit a film from my past, would it hold up?  Was it as good as I remember?  Was Catherine Tramell as cool as I remember?

What do I remember?  I remember me and my friends being just like Michael Douglas’ Nick Curran.  We were in love with Sharon Stone’s Catherine Tramell, and no matter how many times we watched this, we argued if she really did the murders.  Some of us always argued she was innocent.  She was to smart, to cool…to good looking to be a murderer.  Jeanne Tripplehorn’s Dr. Beth Garner was the crazy one, the murderer for sure.  As 19-year-old boys we didn’t know what a femme fatale was, but we all knew if Sharon Stone showed up in our home town, we would believe every word she said.

Now that I’m older, I see beyond the beauty of most femme fatales in noir movies and wonder “what the hell is he thinking!”  but then I flash back to this film and realize that men are weak in the presence of a femme fatale.

Now that I’m older and have watched hundreds of femme fatale movies, I re-watched Basic Instinct.  It still holds up, it still is as good as I remember.  I might be smarter than I was the first time I seen it, but I still have a shadow of a doubt if Catherine Tramell is guilty or not.  I guess that is what makes her a truly great villain, even though we know she is evil, we still want to believe she is not.

This post is part of THE GREAT VILLAIN BLOGATHON, hosted by Speakeasy, Shadows & Satin and yours truly. Click HERE for a list of all dastardly entries. 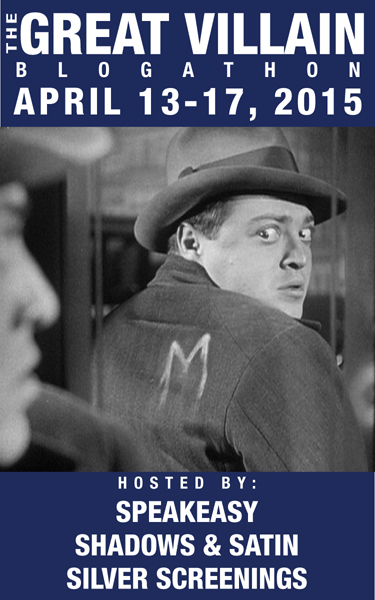